The report Green, Pleasant and Affordable published by Think Tank Onward sets out the need to move away from a piecemeal approach to housing, instead focusing on the creation of new communities, giving Councils the power to purchase land and creating incentives for those Councils who take a long-term approach.

“The report highlights the need to look at a new approach to how we meet the needs of future generations. Many of the figures it sets out are stark. I have spoken in the past about the rise of a hidden homeless generation living across North Essex and that is why the Garden Community approach is so critical. The fact that the number of 18-30s now living in their parents’ homes has increased by 1.1 million, and that nearly half of men aged 22-26 live with their parents, is something that should make us all sit up and take notice.

“The alternative is either doing nothing, or simply tagging homes here and there, and that really isn’t an alternative.” 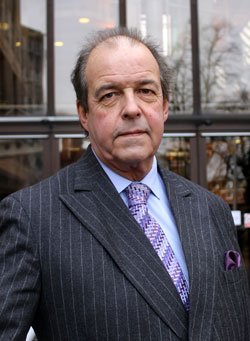 “This report demonstrates that the Garden Community approach is the most sensible way to tackle a very real housing crisis while also growing the local economy. It supports our argument for planning communities, rather than a series of housing developments, and taking a holistic approach that brings forward a mixed range of affordable homes, jobs and infrastructure – such as transport improvements, new schools and medical facilities as they are needed.

“This has to be a better and more sustainable model than the piecemeal approach that we see at the moment and Councils need to be given support in enabling them to take a more innovative approach to how they provide new homes. But of course any new community also needs to be viable – and residents have to be at the heart of it. That means over the coming months we intend to increase our level of engagement across the area.”

•  France has built roughly twice as many new homes each year as Britain since 1970. France built 7.8 million more homes than the UK between 1970 and 2015 – a difference equivalent to every home in Greater London, Scotland and Wales put together. As a result, real house price growth in France has been just half the rate the UK and the proportion of people who spend more than 40% of their income on housing is less than half the rate in Britain. Some densely populated countries like the Netherlands built at an even faster rate than France.

•  The cost of renting has risen dramatically and nearly half of young men are now forced to live with parents. New analysis from the House of Commons Library included in the report shows that from the 1960s to the early 1980s private renters spent on average around 10% of their income on rent in most of the country, and around 15% in London. Today, they spend over 30% and nearly 40% respectively. Meanwhile between 2000 and 2017, the number of 18–30-year-olds living in their parents’ home increased by about 1.1 million. Nearly half (48%) of men aged 22-26 now live with their parents.

• Developers and landowners are benefiting most from the current system. Between 1950 and 2012, 74% of the increase in Britain’s housing costs was accounted for by increases in the cost of land. The value created when planning permission is granted overwhelmingly accumulates to developers, meaning communities are missing out on up to £9 billion of land value uplift created each year. Meanwhile many large developments go ahead without anything being contributed anything to the wider community. 7% of developments of over 1,000 homes had no developer contributions charged on them in 2016/17. For developments of between 100 and 999 homes, 26% made no contributions.

• The growth of buy to let has locked 2.2 million families out of ownership.  If the ratio of privately rented to privately owned homes had remained the same between 2000-2015, and we had built the same number of homes, we would have ended up with 2.2 million more homes in owner-occupation.

To fix these problems, the report sets out a ten point plan for rising homeownership and much greater housebuilding in Britain:

• Britain should move away from piecemeal, sequential development tacked onto existing villages and towns. Give councils new Compulsory Purchase Order (CPO) powers and borrowing capacity so they can buy land and put more development into planned new villages, towns and cities. Require councils to plan infrastructure on the basis of cumulative impacts, not just individual applications.

• Tilt policy towards building more in our cities. Revise up housing need figures for the centres for our cities and give cities new powers, including over transport, to enable densification. Extend the powers and resources of Homes England as a regeneration agency, including to support town centre regeneration. Liberalise rules on building upward. Support the growth of other parts of the economy by rebalancing capital spending away from London.

• Central government should play a direct role: creating a new generation of garden cities, supporting more integrated planning for transport and housing, and merging the Department for Transport with the housing and planning functions of the Ministry of Housing, Communities and Local Government.

• Give councils borrowing power to buy land and grant themselves planning permission, to enable councils to capture more of the gains from development. Reform the 1961 Land Compensation Act to clarify that local and central government can purchase land at current market use values, not inflated or speculative “hope” values. Reform Section 106 to relax constraints on what councils can charge.

• Abolish central government controls which direct how Section 106 receipts are spent. Revise guidance so that more of captured planning gains can be spent on initiatives of direct benefit to existing residents –landscaping, payments for disruption for neighbours, and new community facilities. Build discounted housing with priority for young people with families in the immediate vicinity of development. Prioritise these neighbourhood benefits rather than social housing or other initiatives aimed at the local authority as a whole.

• Boost competition to end the UK’s broken model of development and the dominance of vertically integrated ‘developers’ who focus on land assembly. Bring small builders back into the market by requiring some plots on all large new sites to be available to SME builders. Require all options on land to be centrally registered to be valid, revealing who controls what land.

• Create incentives to plan for the long term. Where councils are meeting the new Delivery Test, give them more powers to control development, including making views and landscapes enjoyed by existing residents a legally-allowed planning consideration for the first time. Create a category of ‘Outstanding’ local authorities with adopted long-term (10–15 year) plans and make these authorities exempt from rulings from the Planning Inspectorate as long as they continue to meet their plans. Reboot neighbourhood plans by making them more powerful and quicker to create. Prevent developers pre-empting plans by giving more legal weight to emerging plans.

• Reform property taxation to limit demand for housing and land as speculative assets. Divert new housing supply to owner occupation. Cut other taxes to encourage investment into businesses and more productive assets. On a grandfathered basis, end loopholes within the Capital Gains Tax (CGT) exemption for the primary residence and reform mortgage interest relief for landlords. In areas where affordability is worst, give councils powers to limit overseas purchases of new homes.

• Reset inflation expectations by setting a long-term target to increase affordability, backed up by a new taskforce between HM Treasury and the Bank of England with explicit powers to dampen price inflation.

• Create Homes for Younger People (HYP) – a programme to help one million younger households over the next decade – half by helping with deposits for 500,000 new build homes, half by building 500,000 new discounted rental properties for young working people. Fund it through capturing more planning gain and by transferring the remaining local authority housing stock to housing associations.